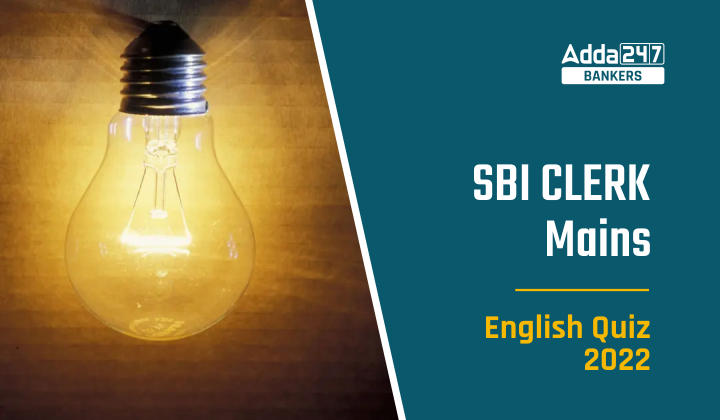 Q1.(A) The magistrate gave the benefit of the doubt to the four other actors,
(B) In Rajasthan for the film Hum Saath Saath Hain , Mr. Khan was charged with killing
(C) accused of accompanying him in a Gypsy car while the two blackbucks were being hunted on the night of October 1-2, 1998.
(D) In its 201-page judgment, the court described Mr. Khan, 52, as an actor whose conduct was followed by the common people.
(E) two endangered blackbucks in Kankani village, near here.
(a) DCAEB
(b) DACEB
(c) DACBE
(d) DEACB
(e) DEABC

Q2.(A) Prima facie it was not open to declare this court’s order as void or ineffective as was sought to be done
(B) by way of ordinance. We, therefore, stay the operation of the ordinance and make it clear that no student shall be permitted
(C) in medical colleges in any manner pursuant to the ordinance
(D) to reap any benefit of any action taken and they shall not be permitted to attend the college or the classes or continue
(E) In our prima facie view, the ordinance in question blatantly seeks to nullify the binding effect of the order passed by this court.
(a) ECADB
(b) EABDC
(c) ECDBA
(d) EDBCA
(e) EBCDA

Q3. (A) Dr. Martin Luther King, the Negro apostle of non-violence and racial amity, was felled by an assassin’s bullet early last night in Memphis city in the Southern State of Tennessee.
(B) Emergency surgery proved of no avail, and the 39-year-old Nobel Peace Prize winner, who is acknowledged to be the greatest leader the civil rights movement has known,
(C) Like Mr. John Kennedy, who also was killed in a southern city, Dr. King was the victim of a distant sniper armed with a rifle fitted with a telescopic sight.
(D) joined the ranks of martyrs like Mahatma Gandhi, whose teachings he had imbibed and practised.
(E) Shot while he was standing on a balcony outside the door of his hotel room, Dr. King was rushed to hospital unconscious, and bleeding from a huge neck wound.
(a) AEBDC
(b) ABCDE
(c) ADBCE
(d) ABDCE
(e) AECDB

Q4.(A) The confidence of parliament has been numerically settled in favour of the Prime Minister now, with Tamil and Muslim parties backing him in the crucial vote, but in electoral terms the question of political supremacy is still open.
(B) Mr. Wickremesinghe and their common rival, former president Mahinda Rajapaksa, is likely to continue.
(C) The resounding defeat of a no-confidence motion against Prime Minister Ranil Wickremesinghe in Sri Lanka’s parliament provides
(D) However, it may not end the prevailing political uncertainty as the three-way competition among President Maithripala Sirisena,
(E) an opportunity for its bickering leaders to reassess their priorities.
(a) CDBEA
(b) CADEB
(c) CBDEA
(d) CBAED
(e) CEDBA

Q5.(A) Sir Sidney Rowlatt left Calcutta for Home on Wednesday night.
(B) It is understood that the Rowlatt Commission, which was engaged for the last three months in the investigation of revolutionary movement in India and
(C) In the course of their investigation the members paid a visit to the Punjab.
(D) The committee began its labour on the 5th January and sat from day to day till the beginning of April.
(E) the policy of internment, recently finished its labours and the draft report has been signed by the members.
(a) BDEAC
(b) BCEAD
(c) BDCEA
(d) BEADC
(e) BACED

Q6.(A) It will be a test of character, more than tennis skills, for Ramkumar Ramanathan when he takes on Chinese sensation Yibing Wu in the first match of the Asia-Oceania Davis Cup tie here on Friday.
(B) It will be a best of three sets format this time and Ramkumar with a 6-4 win-loss record in Davis Cup would be expected to give a strong start for India.
(C) The 18-year-old Wu, who had won the US Open juniors singles and doubles titles last year, and followed that with a Challenger title in Shanghai, has played only two matches this season on the Tour, owing to injury.
(D) He had also given a very good account of his ability in the World Group play-off against Canada in September last year when he beat Brayden Schnur in four sets.
(E) The 23-year-old Indian has been playing well in the professional circuit in the last few months, to take his ranking to a career-best 132.
(a) ABCDE
(b) AEDBC
(c) ABDEC
(d) ADCBE
(e) ACBED

Q7. (A) clean and jerk and in the total setting a new Commonwealth and Commonwealth Games records in all the three sequences.
(B) The 23-year-old from Manipur, the reigning World champion in women’s 48kg, improved upon her personal bests in snatch,
(C) weightlifting competitions of the XXI Commonwealth Games here on Thursday.
(D) Mirabai Chanu Saikhom stood on the top of podium, all smiles and holding aloft the gold medal on the opening day of the
(E) It made an excellent picture.
(a) EDCBA
(b) EABCD
(c) ECBDA
(d) EDACB
(e) EBADC

Q8.(A) has been put on hold owing to co-star Irrfan Khan‘s health issues.
(B) It was also one of the few times a female lead has been at the forefront of such a large-scale Bollywood film.
(C) Deepika Padukone was last seen in Sanjay Leela Bhansali‘s Padmaavat, one of the highest-grossing Indian films of all time.
(D) Padukone’s next movie, an adaptation of the book Mafia Queens of Mumbai helmed by Vishal Bhardwaj,
(E) She told Film Companion about the kind of roles she wishes would come her way and how success has empowered her.
(a) CADBE
(b) CEABD
(c) CDEAB
(d) CBADE
(e) CBDAE

Q9.(A) it was a big project and certain names were coming together, and the script can be worked later.
(B) The process is the same.
(C) It doesn’t feel like a burden. I feel empowered.
(D) But with success comes confidence. Today I can say it’s not okay. Success makes me a lot of confident and feel free. It gives me the ability to express.
(E) I think earlier, there were times I was tempted to do films because
(a) BCDEA
(b) BADEC
(c) BCDAE
(d) BEADC
(e) BDEAC

Q10.(A) If it helps, I can only plead in extenuation that it is far more difficult for a close relative to conduct such an interview than it would be for an outsider.
(B) Readers are free to ascribe and posit their own levels of subjectivity or objectivity to this interview.
(C) For a musician, who routinely attracts gushing praise from fans, critics and musicians alike,
(D) I can afford to remain understated.
(E) Will there be an obvious bias towards the subject? I wish to make it abundantly clear that the answer to that question is a resounding ‘Yes’.
(a) EDCBA
(b) EADBC
(c) EBACD
(d) ECDBA
(e) EDABC

Q11. (A) What is of greater interest is to try and guess exactly what might have transpired between the two off the record.
(B) And this is what our friendly fly heard.
(C) one that had had several years of rich and varied experience listening in on sensitive conversations at the hallowed portals of the Academy.
(D) What did they talk about, these two mathematical and musical trapeze artists?
(E) Denied of any authentic information from the human species, one had little option but to approach an informed fly on the wall,
(a) AEBCD
(b) ABCDE
(c) ACBED
(d) ABDEC
(e) ADECB

Q12.(A) Seated comfortably cross-legged on one of the clouds are two kurta-pyjama clad musicians, each strumming a sitar.
(B) They are George Harrison of The Beatles (GH) and his guru, Pandit Ravi Shankar (RS).
(C) George is looking pensive, and Panditji a tad worried.
(D) It’s a glorious morning in heaven.
(E) The sun is streaming through the clouds against an azure sky. The clouds are scattered, swaying rhythmically against a gentle breeze.
(a) DEABC
(b) DBCEA
(c) DCAEB
(d) DAEBC
(e) DABCE

Q13.(A) It is problematic to introduce the required level of gravitas while reviewing a pop music concert.
(B) Time was when classical music reviewers were held in awe for their knowledge and scholarship.
(C) ‘The Rolling Stones traversed the entire gamut of the scalar challenge in their rendition of Jumping Jack Flash.’ Doesn’t quite gel.
(D) For instance, it would be perfectly credible at a Carnatic vocal concert to say something like,
(E) ‘…the singer explored the upper reaches of the raga Sankarabharanam with great aplomb, assurance and perfect sruti alignment,’ as opposed to saying,
(a) BCDEA
(b) BADEC
(c) BEDAC
(d) BDEAC
(e) BDCEA

Q14. (A) falling on the average dinner plate given their much larger size.
(B) polymers from soft furnishings and synthetic fabrics get into household dust and settle on our plates.
(C) We could be swallowing over 100 tiny plastic particles with every meal, according to a study which found that
(D) Up to 14 pieces of plastic were found in the Petri dishes at the end of a 20-minute meal – the equivalent of 114 plastic fibres
(E) Researchers from Heriot-Watt University in the UK made the discovery after putting Petri dishes containing sticky dust traps on the table next to dinner plates in three homes at meal times.
(a) CADBE
(b) CADEB
(c) CBEDA
(d) CDBEA
(e) CEADB

Q15.(A) And since most black holes can’t even be spotted that way,
(B) Astronomers poring over old x-ray observations have found
(C) They estimate it could be about 10,000, maybe more, according to a study in the journal Nature published on April 4.
(D) they calculate that there are likely thousands of them there.
(E) signs of a dozen black holes in the inner circle of the Milky Way.
(a) BECAD
(b) BDEAC
(c) BACDE
(d) BCDEA
(e) BEADC