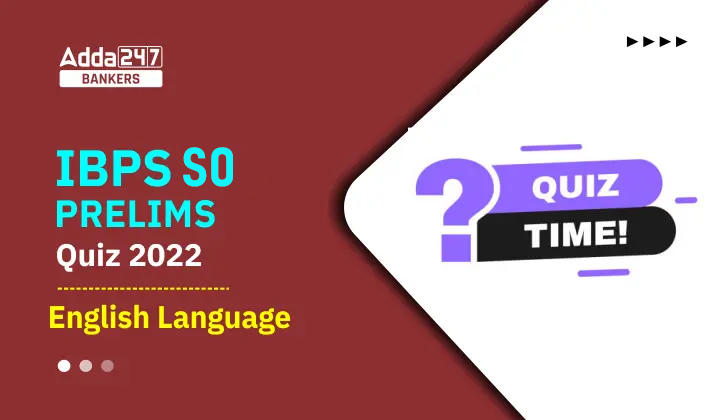 Directions (1-10): Read the passage carefully and then answer the questions given below.

It is well known that a child learns to walk, to talk, and to know his way around the world just by trying something out and seeing what happens, then modifying what he does (or thinks) in accordance with what has actually happened. In this way, he spends his first few years in a wonderfully creative way, discovering all sorts of things that are new to him and this leads people to look back on childhood as a kind of lost paradise. As the child grows older, learning takes on a narrower meaning. He accumulates knowledge to please others. He learns then for some utilitarian purpose and not mainly for the love of the action of learning itself. So, his ability to see something new and original gradually dies away. And without it there is evidently no ground from which anything can grow.
Evidently then, the ability to learn something new is based on the general state of mind of a human being. It do not depend on special talents, nor does it operate only in special fields. But when it does operate, there is an undivided and total interest in what one is doing. Only this kind of whole-hearted interest will give the mind the energy needed to see what is new and different, especially when the later seems to threaten what is familiar, precious, secure, or otherwise dear to us. It is clear that all the great scientists and artists had such a feeling for their work. But no matter what his occupation may be, anyone can, in principle, approach life in this way. Here I am reminded of Anne Sullivan, who was the teacher of Helen Keller. When she came to teach this child, who was blind and deaf from an early age, she met a ‘wild animal’. She worked with the child as best as she could. with all the energies at her disposal, remaining extremely sensitively observant, feeling out the unknown mind of the child and eventual learning how to communicate with her.
The key step here was to teach the child to form a concept (which she had never learned, because she had not been able to communicate with other people to any significant extent). This was done by causing her to come in contact with water in a wide variety of different forms and contexts, each time scratching the word ‘water’ on the palm of her hand. For a long time, the child did not grasp what it was all about. But suddenly she realized that all these different experiences referred to one substance in its many aspects which was symbolized by the
word ‘water’ scratched in her palm. This initiated a fantastic revolution in the whole of her mind, the depth and scope of which we find hard to appreciate without having experienced directly what it means to live without conceptual abstraction.

Q1. According to the author’s arguments, which of the following statement sheds light on why a child is in a more creative state of mind?
(a) A child doesn’t understand its own self-interest.
(b) A child does not want security or familiarity.
(c) Knowledge acquisition for the child is not a mere accumulative process.
(d) As he fails to see something new and original gradually.
(e) None of the above

Q2. The experience of Helen described above can best be summarized by
(a) Fun
(b) Joy
(c) Excitement
(d) Revelation
(e) Adventurous

Q3. Which of the following is NOT a necessary step in the formation of ‘concept’ as described above?
(a) Reconciliation of information derived from at least two different perceptual media
(b) Deciphering the multiple information content in a signal
(c) Searching for similarities across differences
(d) Developing curiosity in mind, the depth and scope of which we find hard to appreciate.
(e) none of the above

Q4. Which of the following does NOT necessarily follow from the above passage?
(a) Utilitarian learning cannot lead to creative discoveries.
(b) Abstractions are the bedrock on which inter-subjective human communication rests.
(c) Creativity is not the preserve of a few select professions.
(d) Creative engagements are most often subversive.
(e) None of the above

Q5. From the following sentences choose the option that reflects the grammatically and contextually correct sentence/s.
[I] It do not depend on special talents, nor does it operate only in special fields.
[II] He accumulates knowledge to please others.
[III] So, his ability to see something new and original gradually dies away.
(a) Only [I]
(b) Only [II]
(c) Only [III]
(d) Both [II] and [III]
(e) All are correct

Directions (6-8): Choose the word which is most similar with the meaning of the given word.

Directions (9-10): Choose the word that is most opposite in meaning with the given word in bold.

Directions (11-15): In each of the questions given below a sentence is given which is then divided into five parts. The sentence may or may not be grammatically or logically correct. Find the error in the sentence and mark the part as your answer. If there is no error in the statement then choose option (e) as your choice.

S1. Ans. (c)
Sol. According to fourth and fifth sentence of the paragraph “In this way, he spends his first few years in a wonderfully creative way, discovering all sorts of things that are new to him and this leads people to look back on childhood as a kind of lost paradise”. With this sentence it can be inferred that Knowledge acquisition for the child is not a mere accumulative process. Therefore, option (c) is the correct choice.

S2. Ans. (d)
Sol. Refer to the last sentence of the paragraph, “This initiated a fantastic revolution in the whole of her mind, the depth and scope of which we find hard to appreciate without having experienced directly what it means to live without conceptual abstraction.” Thus, option (d) becomes the, most suitable choice.

S3. Ans. (b)
Sol. Refer to the last paragraph. Option (a) is mentioned in the statement “water in a wide variety in different forms” and option (c) is mentioned in the statement “different experiences referred to one substance.” For option (d) refer to the last sentence, “This initiated a fantastic revolution in the whole of her mind, the depth and scope of which we find hard to appreciate”. Therefore, as only option (b) is not a necessary step to develop a concept, it becomes the correct answer choice.

S4. Ans. (d)
Sol. Option (d) is the correct choice. Refer to the second sentence of the first paragraph “In this way, he spends his first few years in a wonderfully creative way, discovering all sorts of things that are new to him and this leads people to look back on childhood as a kind of lost paradise.” Creative engagements are not subversive however, it transcends the notion of security.

S5. Ans. (d)
Sol. Statement [I] consists error in it. To make the sentence error free replace “do” with “does”. As, being the subject singular it will require the verb in its singular form. However, Both the other statements [II] and [III] are grammatically correct. Therefore, option (d) becomes the correct choice.

S6. Ans. (e)
Sol. Accumulates means gather together or acquire an increasing number or quantity of which is similar in meaning with ‘acquire’. Hence option (e) is the correct choice.
Scatter means throw in various random directions.
Diverge means (of a road, route, or line) separate from another route and go in a different direction
Derange means make (someone) insane.
Litter means rubbish such as paper, cans, and bottles left lying in an open or public place.

S8. Ans. (a)
Sol. Observant means quick to notice or perceive things, while; alert means quick to notice any unusual and potentially dangerous or difficult circumstances; vigilant. Therefore, both are similar in meaning.
Heedless means showing a reckless lack of care or attention.
Oblivious means not aware of or concerned about what is happening around one.
Bemused means puzzle, confuse, or bewilder.
Unwary means not cautious of possible dangers or problems.

S9. Ans. (c)
Sol. Paradise means an ideal or idyllic place or state. Abyss means a deep or seemingly bottomless chasm. Hence, they both are opposite in meaning.
Utopia means an imagined place or state of things in which everything is perfect.
Bliss means perfect happiness; great joy.

S10. Ans. (b)
Sol. Utilitarian means designed to be useful or practical rather than attractive. Quixotic means extremely idealistic; unrealistic and impractical. Hence, they both are opposite in meaning.
Functional means of or having a special activity, purpose, or task.
Pragmatic means dealing with things sensibly and realistically in a way that is based on practical rather than theoretical considerations.

S12. Ans.(a)
Sol. Part (A) of the sentence contains a grammatical error. The sentence is in simple past tense, therefore, the sentence syntax should be “subject + V2”. Thus, to make the sentence grammatically correct replace “would attempt” to “attempted”. Hence, option (a) is the correct answer choice.

S14. Ans.(d)
Sol. There is an error in part (D) of the sentence. Therefore, to make the sentence grammatically and contextually correct replace “at dagger drawns” with “at daggers drawn”. “At daggers drawn” is an idiom which means “to be at great enmity”. Hence, option (d) is the correct choice.

S15. Ans. (e)
Sol. As the sentence is grammatically and contextually correct it doesn’t require any corrections. Therefore, option (e) becomes the most viable answer choice.