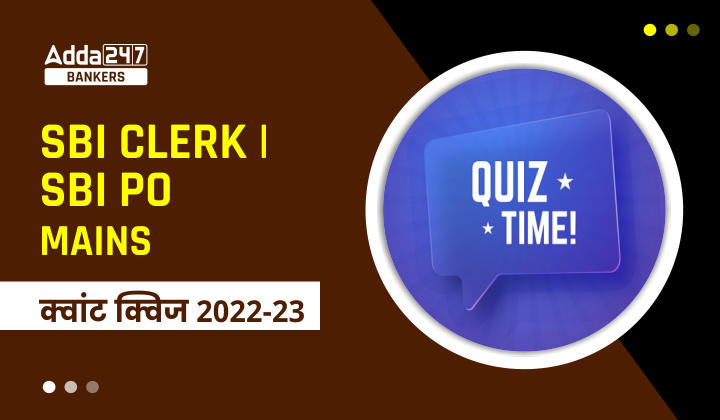 Directions (1-5): The following question consists of a passage in which certain phrase/Sentences are printed in bold. Find out if there is an error in any of the bold part of the sentence, find the correct alternatives to replace those parts from the three options given below each question to make the sentence grammatically correct. If the given sentence is grammatically correct or does not require any correction, choose (e), i.e., “No correction required” as your answer.

Free and compulsory education of children in the 6 to 14 age group in India (1) become a fundamental right when, in 2002, Article 21-A was inserted in the 86th Amendment to the Constitution. This right was to be governed by law, as the state may determine, and the enforcing legislation for this came eight years later, as the Right of Children to Free and Compulsory Education (RTE) Act, 2010, or the RTE Act.
(2) With examples from all around hundred countries which having various and similar pieces of legislation or regulations already in place, there were practices drawn from similar experiences. (3) Since its enactment, the RTE Act has been lauded and disparaged. But there has been a concern not only over its provisions but also about the lacunae in the school education system. However, there are clauses in the Act (4) which has enormous catalytic potential but it have gone largely untouched and unnoticed. A focus on three of these provisions can result in an immediate and discernible impact.
The RTE Act is a game-changer in that it establishes that the onus to ensure free and compulsory education lies on the state. (5) However, the ‘compulsory’ and ‘state liability’ part needs to be imbibed by the educational bureaucracy, which is now lacking.

Directions (6-10): Which of the phrases (a), (b), (c) and (d) given below each statement should replace the phrase printed in bold in the sentence to make it grammatically correct. If the sentence is correct as it is given and No correction is required, mark (e) as the answer.

Q7. Denial of wages forced scientists and teachers at the agriculture universities throughout the country to go on strike, crippling crucial research that could help the state of agriculture in the country.
(a) from going on strike
(b) which went on strike
(c) on going for a strike
(d) for going to strike
(e) No correction required

Directions (11-15): Which of the phrases (a), (b), (c) and (d) given below should replace the phrase given in bold in the following sentences to make the sentence grammatically meaningful and correct. If the sentence is correct as it is and there is no correction required mark (e) as the answer.

Q11. The supermarkets are falling at themselves to attract customers to their shops.
(a)falling around
(b)falling about
(c)falling on
(d)falling over
(e) No improvement

Q12. Your grandmother is coming to visit today, so don’t forget to hang around your clothes when you tidy your room.
(a)hang on
(b)hang out
(c)hung up
(d)hang up
(e)No improvement

Q13. My friends were on holiday in my city, so they looked me on and we all went to a restaurant for a meal.
(a)looked me around
(b)looked me up
(c)looked me at
(d)looked on me
(e)No improvement

Q14. Don’t buy anything from that company: the lady from their customer service department hung out on me last week.
(a)hung up
(b)hang up
(c)hang at
(d)hang
(e)No improvement

Q15. My parents were coming to visit this week, but we had to put them away because our heating is broken.
(a)in
(b)on
(c)off
(d)out
(e) No improvement

S1. Ans.(b)
Sol. Option B is the appropriate choice. Past Indefinite tense is required here, For this reason other options can be eliminated easily.

S2. Ans.(c)
Sol. Option C is the most appropriate choice here. Other options can be ruled out as they are grammatically incorrect.

S4. Ans.(c)
Sol. Option C is the most appropriate choice here. Plural verb “have” is the correct usage.

S6. Ans.(a)
Sol. since the sentence is in past tense, ‘passed’ will be used instead of ‘passes’. Thus the bold part will be replaced by ‘passed bill that proposed’.

S8. Ans.(c)
Sol. Double comparative (more healthier) will not be used together. The best option that will replace the bold part is (c).

S9. Ans.(d)
Sol. ‘who’ will be used for rural masses and according to its antecedent (rural masses) ‘were’ will be used instead to ‘was’. Thus the bold part will be replaced by ‘who were earlier unaware’.

S10. Ans.(b)
Sol. The sentence is in past tense. Hence ‘were’ will be used in place of ‘are’. Thus the bold part will be replaced by ‘while most industries were’.

S13. Ans.(b)
Sol. To look somebody up (or look up somebody) is to locate and visit someone you have not seen for a long time.

S14. Ans.(a)
Sol. To hang up means to end a telephone conversation, especially suddenly or unexpectedly. Hence Option A is most appropriate.

S15. Ans.(c)
Sol. To put off someone (or put someone off) is to delay seeing them or doing something for them.