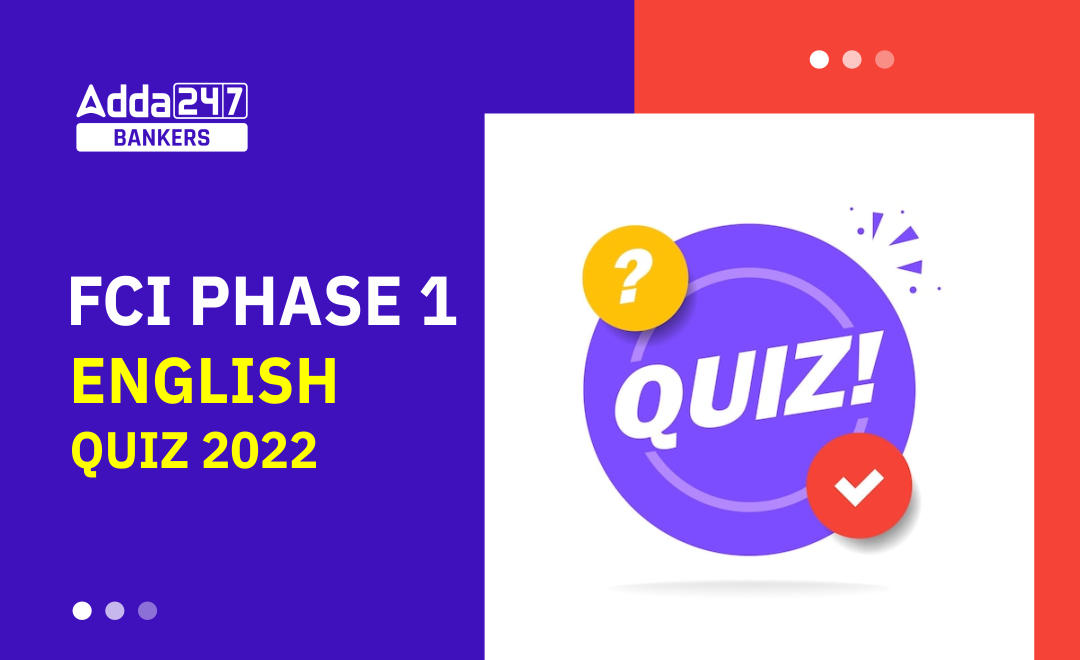 Directions (1-5): Rearrange the following six sentences (A), (B), (C), (D), (E) and (F) in the proper sequence to form a meaningful paragraph; then answer the questions given below them.
(A) Basic c a feeling of control over one’s life.
(B) Motivation and inspiration energize people into action.
(C) Ability to live up to one’s ideals besides all these is also a fundamental need.
(D) This is done not by pushing them in the right direction as control mechanisms.
(E) Such feeling touch us deeply and elicit powerful response.
(F) But it is done by satisfying basic human needs for achievement.

Directions (11-15): In the following questions, a sentence has been given with some of its parts in bold. To make the sentence correct, you have to replace the bold part with the correct alternative given below. If the sentence is correct as it is, please give 5) as your answer (i.e. No correction required).

Q11. The increased time devoting to watch the television is one of the important cases of the decline in reading ability.
(a) developed for the watch
(b) devoted to watching
(c) devoted for the watch of the
(d) devoted to keep watch
(e) No Correction required

Q12. Of the many social evils in the country, the system of dowry is most worse.
(a) is more worse (b) is worse (c) is the worse (d) is the worst
(e) No correction required

Q15. A true friend, a rare breed today, will stand by you even in your worst times.
(a) stand besides you (b) stand with you (c) stand for you (d) stand beside you
(e) No correction required